A reflection of my journey, a bald girl in the dating world.

I am Bianca and I’m 41 and single.
Some time ago I shaved my head and started living my life as a bald woman with Alopecia. The grieving that followed that was indescribable.

Over here in my bubble I assumed I was no longer feminine, I felt ugly.

I looked in the mirror and was mortified at what was looking back at me, I no longer knew who I was. The image I had known as “me” for as long as I can remember was gone and something very different, something very confronting stared back at me. When I went out to bars and clubs, men and women stared at me, in fact whenever I left the house people stared at me.

I started to tell myself I was doomed to be alone forever, who could seriously wake up beside a bald woman and think that I was a catch, I didn’t have hair, my femininity had left the building, poof, like that I was no longer soft, I was flawed, undesirable, looked harsh and bold. Could hair really rob me of this womanly characteristic, femininity? This would have a huge impact on my dating life, for someone reasonably successful at dating I was done for, or was I?

Now this got me thinking, this could stop my life and it seriously could. I could crumble and never leave the house, become invisible and a mere shadow of who I once was. My only other choice was to saddle up and see where this lead, after all it was who I was now and not a lot was going to change that! I threw myself out there as a social experiment and started dating again as uncomfortable as that was. It really took something and I risked a lot of rejection and painful judgment but I felt the fear and did it regardless.

I was honest and positive and as I said the words over and over again, I have alopecia, it felt surreal and foreign but I kept saying it until it was apart of me. Like saying I have blonde hair or I am 156cm in height. It became a part of who I now was and it was there comfort grew. It was no longer something that I was suffering or something that was happening to me. In fact my Tinder profile reads, “All photos are recent, and yes, I shave my head, no I don’t have cancer, I have alopecia. I am at peace with who I am so if you aren’t, that’s ok, keep swiping, thanks for stopping by.

Yes it sparked lots of questions but it also took a very interesting turn and taught me a very deep lesson or two, self-love and self-expression. Even though I knew these things already, to really live true to them was a very different matter. I was complimented for my courage and my bravery, people were even empowered and inspired to talk to me, just to say hello. They saw in me something that many people are scared to express, a deep sense of authenticity. I ended up with friends and kind people to chat to and people who were generally interested in me as a person. The rest just kept swiping!

Yes some men are completely turned off by me having no hair that goes without saying. Some were shallow and even rude. When I think about it, it is more a preference than a personal insult and I have certain preferences just the same, everyone does. There is however a healthy dose of tact that comes with the delivery of those preferences, which some men didn’t have but most did! Men did agree that hair symbolizes femininity; they also agreed that woman hide behind their appearance and how boring that is. They also agreed it was a turn on and refreshing to see a woman in her power and confident within herself flaws and all.

Now this I found refreshing and empowering and deep within me emerged a sense of duty to stand proud and represent all the bald women. I felt like a modern day Joan of Arc perhaps, in the dating sea of shallowness. Everyone searching and yearning for someone special to grow old with, to have his or her hearts filled with joy. I represented a light of hope, someone real and flawed but standing proud nonetheless. I was someone real and tangible they could relate to, someone who understands them.

So this had me thinking, does the root really lie with my own projection or thoughts around how I feel about myself?  How society and beliefs have formed what I see as beautiful, absolutely! Are women more judgmental of each other, resulting in us being extremely harsh on ourselves? The research I did proves that men are not as confronted by it nor are they as judgmental as I first thought they would be. Women are more disturbed and mortified than men at the thought of a woman having no hair. Funny that! Its ironic society has us believe that no matter what we do we just aren’t good enough. We have been taught to fear and hate ourselves, to be in competition with others and ourselves constantly. It has been ingrained in our belief system from birth; every sense of our self is under judgment.

I believe we have become emotionally unavailable and desensitized, it’s easier to be detached; it’s safer then rejection in a confusing world of ‘perfect’. The lines are extremely blurred and with confused heads and hearts we all just want to be loved. We ultimately want connection, to feel a sense of belonging; we don’t want to be lonely in a world so that has us all so disconnected to one another. We are all trying to express ourselves and be understood in a world that portrays such a distorted version of what’s actually achievable.

So my thinking has been altered. What I once believed when I looked in the mirror, thinking I was doomed to be alone forever is so far removed from reality. Shaved head, no hair, short hair, long hair, short and curvy, tall and curvy, athletic and thin, black, white, asian, does any of it really matter except to ourselves? It is all purely our own idea of beauty, an image we measure up to. Does that mean without hair am I no longer attractive, no! In fact it has been a talking point that starts a conversation and then when they actually get to know me, it hasn’t made a squat of difference to those that are worth creating a connection with!

I would have to say it has been more in my head that I am unattractive and unlovable. And I had these exact thoughts well before I lost my hair. Society has me feel this way no matter how I present to the world. If it were not hair it would be something else, weight, height, eye colour, giggly thighs, fat arse, big ears, small breasts, large breasts, we will always find something that makes us not enough. Having no hair is just another physical realm we can grasp to that confirms it, justifies it because society tells me I’m now different and different is undesirable.

So I hope to show you that for the most part it’s how you feel about yourself. Days I feel ugly and self conscious and I walk down the street, I feel people looking at me, I’m looking for reasons to confirm my ugliness, this is how the mind works, we are looking for validation. This has me sink into a pit of misery and hide myself from the world. Days when I’m feeling empowered and beautiful, I hold my head high, I walk with purpose and I smile and make eye contact with people and the world is a beautiful damn place to exist. This has me want to be alive and be present in the world.

I’m choosing to jump in, I’m putting myself out there and smashing through the façade of what beauty is, I’m standing strong and being the difference. I am standing tall and being all the bald women out there who aren’t confident enough, who aren’t ready. I am creating a new normality, I am loving who I am at every given moment and I’m saying I am enough just as I am. Some days I feel quite the opposite but I’m choosing to redirect my thoughts to the positive because that’s where the magic happens right?

We can change who we are out there in the world by loving ourselves firstly and standing strong and proud and just showing anyway! I’m not saying we don’t have down days like any other human being but remember its all an inside job, the negative self talk, the positive self talk, confidence, the shame, the hate, the love. It’s all an inside job that takes constant reprogramming of the brain and thoughts. It’s a choice daily, and that’s choosing who you are, just as you are, every single day!

What you think you become after all and I am so much more than the hair on my head or the giggly bits that move too much when I run and that won’t stop me from running. I am the heart that I have and every part of the journey that I have walked. It may take me longer to find my twin flame but I’m learning how important it is to truly love myself first and foremost on this path and that’s invaluable. It is what makes me a more desirable and richer person in the process.

If you are out there, bald and dating, rise and be proud because you have something very unique to offer, you have nothing to hide behind, come forth with pure personality and essence. You already have a life partner within yourself. Rise my beauty and let your bald head shine!! You are gorgeous, whole and rich just as you are.

From a bald girl in the dating world.

9 thoughts on “Bald Girl in the Dating World” 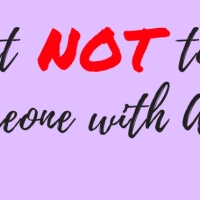 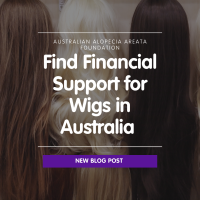 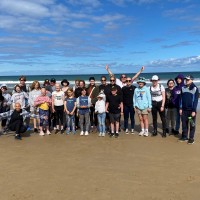 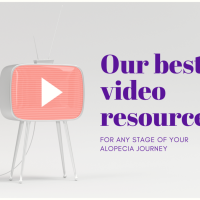